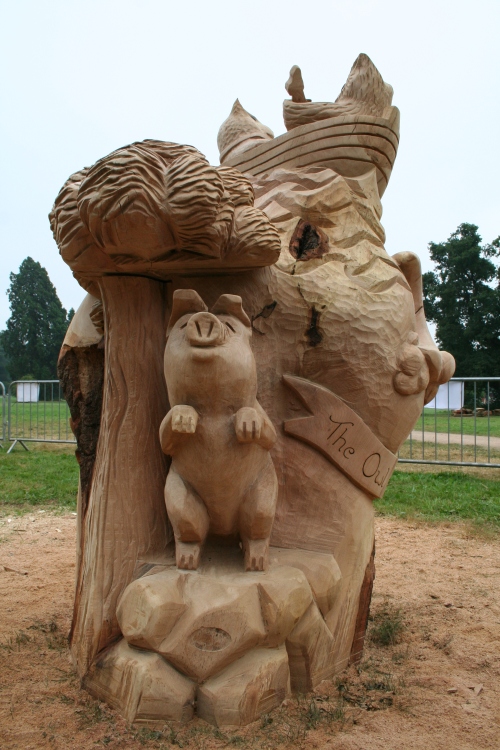 After chatting online to Forestry Commission colleagues at Westonbirt, I came across these fabulous pictures of The Owl and the Pussycat carved from a tree trunk by David Lucas. It was carved as part of Treefest 2013 and has now apparently been donated to Coln House School for their sensory area. Lucky school!

I’ve sat in some good storytelling cahirs in schools and school grounds in the past, talking about animals but these really are magnificent!

See others on the Friends of Westonbirt Arboretum website  http://www.fowa.org.uk/your_westonbirt/blog/?p=3695

You can see more about the next Treefest 2015 at:

For more info on this Guinness parody of Lear see http://guinnesscollection-mick.blogspot.co.uk/2013/07/dr-book-15-happy-new-lear-from-1957.html

Happy New Lear, a parody of Lear by Guinness and artist John Nash 1957